FROM FITNESS TO CHAMPIONSHIPS

Gumshield Gym was founded in 2001 by Steve Barrett to use boxing as a means of keeping people fit, whilst teaching its values to improve lives.

From 2002 to 2014 it was also the training base of his son, former professional boxer Ryan Barrett, who during a 12-year pro boxing career won the International Masters, British Masters and English titles respectively, and WBU World title in the welterweight division.

Steve Barrett is the heartbeat of Gumshield Gym, and plays an integral part in the day-to-day running of operations.

With a carefully concentrated mix of discipline and care, Steve knows how to get the very best out of his clients, amateur and professional boxers. A stellar amateur boxing career with over 120 fights, Steve is a veteran of the sport with a wealth of knowledge to match.

Following his own exploits in boxing, Steve shifted his attention towards developing and fostering young talent at the grassroots of the sport through Eltham ABC, and after his son Ryan showed a keen interest at age seven, it was a certain project for the future. Steve devoted 24 years to his son’s boxing career, pitching in as his trainer, coach and corner man.

Gumshield Gym is a reflection of all the hard work Steve has poured into boxing over the past 30 years, and it is his undeniable passion for boxing that inspires those he trains, to fulfil their true potential.

Ryan Barrett’s life has been boxing. From the age of 7, it was an outlet that came naturally to him, flourishing in a hard-working environment at Eltham ABC.

As an amateur Ryan asserted his dominance, winning 60 of his 75 fights, as he took four national championships, as well as English and International titles respectively.
Toward the latter stages of his teens, it was becoming increasingly clear that a future in professional boxing loomed.

He made the transition into the professional game look easy, recording early wins over Gareth Wiltshaw, Jason Gonzalez and Martin Turner. And continued to grab attention throughout his career, as the likes of Amir Khan, Willie Limmond and Dierry Jean looked to test themselves against a higher calibre of fighter.

With 44 professional fights under his belt, Ryan recorded 30 wins, 11 losses and 3 draws – a proper record, where no opponent was avoided. With career highs including the destruction of Mark Alexander to win the International title, the overhaul of Femi Femetola to snatch up the English title and the trouncing of Jamie McKeever to claim the British Master’s title.

Ryan was also able to fulfil a childhood dream, winning the WBU World welterweight title in Germany, a fight made all the sweeter as he was able to avenge a previous defeat, in Geoffrey Munika.

Now retired, Ryan has shifted his focus towards the coaching and training side of the sport, following the same path as his father. He coached the Cayman Islands national team to various international medals, and qualified them for the 2018 Commonwealth Games, where they performed well.

His time in the ring was cut short, but his time out of it will continue for many years to come. Having moved back to the UK, he has re-joined his father at Gumshield Gym to train and teach the sweet science.

Former boxer of Eltham & District amateur boxing club which is run through Gumshield gym. Louie boxed for the club from 2013-2018 in which time he was able to win a National title in 2016 and gold medal in the Hvidovre 2016 box cup in Denmark.

Louie stopped boxing in 2018 to focus on the coaching side of boxing and started helping train the Eltham & District ABC boxers. Since then has helped the club produce multiple national champions at schoolboy, junior, youth and senior level.

As well as the amateur coaching, Louie also trains the 1-2-1 clients at the gym on a daily basis along side Steve, Ryan and Rob throughout the day. 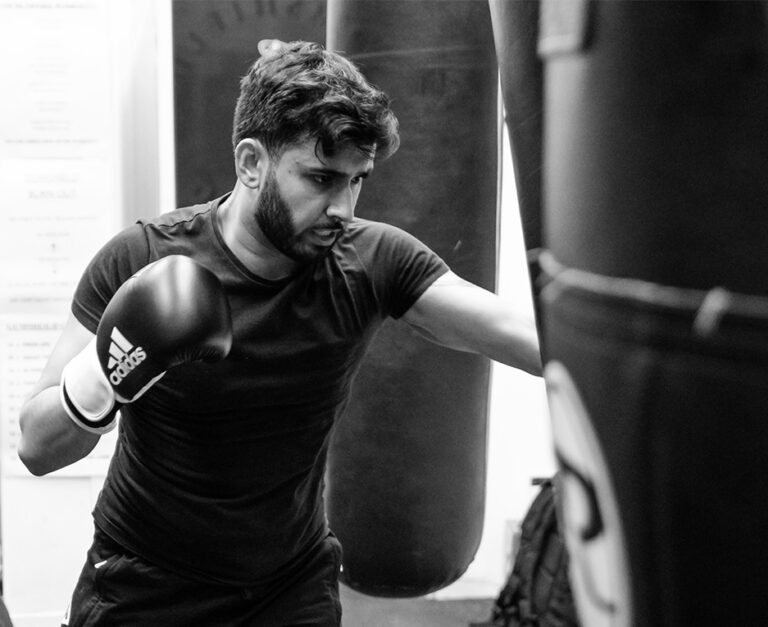 7-1 middleweight making his way to the top the hard way.

4-3-2 most underrated super welterweight around.

A man who fights anyone anytime where.

Stay up to date with gym news, events and exclusive discounts!